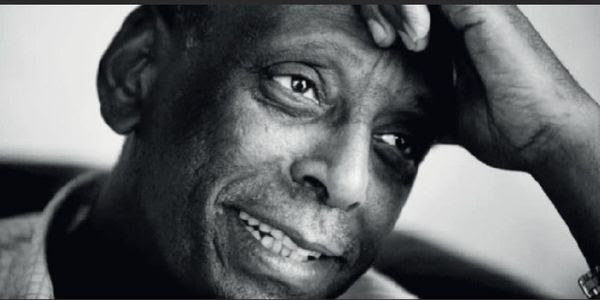 Dr Fikru Maru is a 66-year-old Ethiopian-born Swedish heart doctor. In 1975 he fled the communist regime that recently had overthrown and murdered Emperor Haile Selassie I. He went to medical school in Sweden and became a cardiologist.

For forty years, Dr. Fikru Maru was one of the top cardiologists in Sweden. After fleeing a totalitarian regime in Ethiopia, he settled in Sweden, where he attended medical school and devoted his life to saving others. But now, he could die inside an Ethiopian prison, after being arrested on false charges.

Dr. Maru has suffered from several pneumothoraxes recently, which is air or gas that collects in the chest and can cause lung collapse. His friends — including Frank Ashall, a fellow doctor and Care2 member — are terrified that if he isn't freed soon, they will lose him permanently.


For 40 years, he practiced as one of Sweden's top cardiologists (heart doctors).


In 2007, he helped establish, and was CEO of, a heart hospital in Ethiopia, his country of birth. He wanted to help bring high quality medical care for people with heart problems to Ethiopia.


Then, in 2010, his nightmare with Ethiopia's appalling and flawed legal system began, when he was arrested while trying to bring essential medical supplies, needed for the new heart hospital, through Addis Ababa's airport.


A year later, the charges were dropped, but in 2013 he was re-arrested on what appears to be a politically motivated charge relating to the previous one. With delay after delay after delay of his court hearings, and after three years in prison without being convicted of any crime, he was finally convicted and given a 4 year 8 month jail sentence in one of Ethiopia's crowded, disease-infested prisons.


Then, after four years in prison, in May, 2017, in a new court hearing, he was cleared of all prior charges! That means he spent four years suffering in prison for committing no crime!


But if the Ethiopian government wants you in jail, it will find a way to keep you in jail.


So, instead of releasing him from prison, the Ethiopian government has now brought new charges against Dr Fikru, accusing him, along with 37 other prisoners, of being involved in a prison fire and revolt, even though he was in hospital with a life-threatening condition when the fire occured.

Please watch the following video to see how Dr Fikru, whose health is failing, barely gets the chance to hug his daughter. But be prepared to weep:

The current oppressive Marxist-Leninist-inspired Ethiopian government has a long history of delaying court cases and charging individuals with non-existent and trumped-up crimes.

There is no due legal process in Ethiopia, because the judiciary is controlled by the ruling political party and its allies, which won every parliamentary seat (547/547) in the last (2015) election, through harassment, banning, jailing and killing opposition party members.


Enough is enough with the unconstitutional and politically motivated torture and treatment of prisoners in Ethiopia! Thousands of indivuduals have been jailed, tortured and killed by the regime, especially those, incuding opposition political party leaders, who are opposed to its political ideology.

The international community and all good people — medical and otherwise — must speak out for Dr Fikru, and against these atrocities, and hold the Ethiopian government to account.

Please sign the petition, be his voice, and express your horror at the plight of Dr Fikru Maru. Demand that the Ethiopian government release, without delay, this humanitarian cardiologist, and allow him to return to his family in Sweden. Please also see:


Dear supporters: Thank you for signing the petition to free cardiologist, Dr Fikru Maru, unjustly in prison for over 4 years in Ethiopia. The petition is gaining momentum, but many more signatures are needed urgently. So please share the petition far and wide. By doing so, you are not only helping to get more signatures, but also creating awareness of tens of thousands of Ethiopia's political prisoners who are jailed, tortured and killed as we speak. Thank you. -Dr Frank Ashall
Gepost door De Azijnpisser op 13:21