“No country too poor, too small, too far away, not to be threat, a threat to the American way of life.” (William Blum, “Rogue State.”)

August 24, 2017 "Information Clearing House" - The mention of one tiny country appears to strike at the rationality and sanity of those who should know far better. On Sunday, 6th August, for example, The Guardian headed an editorial: “The Guardian view on sanctions: an essential tool.” Clearly the average of five thousands souls a month, the majority children, dying of “embargo related causes” in Iraq, year after grinding year – genocide in the name of the UN – for over a decade has long been forgotten by the broadsheet of the left.

This time of course, the target is North Korea upon whom the United Nations Security Council has voted unanimously to freeze, strangulate and deny essentials, normality, humanity. Diplomacy as ever, not even a consideration. The Guardian, however, incredibly, declared the decimating sanctions: “A rare triumph of diplomacy …” (Guardian 6th August 2017.)

As US Secretary of State, Rex Tillerson, the US’ top “diplomat” and his North Korean counterpart Ri Yong-ho headed for the annual Ministerial meeting of the Association of Southeast Asian Nations (ASEAN) in Manila on 5th August, a State Department spokesperson said of Tillerson:

“The Secretary has no plans to meet the North Korean Foreign Minister in Manila, and I don’t expect to see that happen”

No it is not. Talk, walk in the other’s psychological shoes. Then, there they were at the same venue but the Trump Administration clearly does not alone live in a land of missed opportunities, but of opportunities deliberately buried in landfill miles deep. This in spite of his having said in the same statement:

“There is a chance that we could end up having a major, major conflict with North Korea. Absolutely.”

A bit of perspective: 27th July 2017 marked sixty four years since the armistice agreement that ended the devastating three year Korean war, however there has never been a peace treaty, thus technically the Korean war has never ended. Given that and American’s penchant for wiping out countries with small populations which pose them no threat (think most recently, Afghanistan, Iraq, Libya) no wonder North Korea wishes to look as if it has some heavy protective gear behind the front door, so to speak.

America has fifteen military bases in South Korea – down from a staggering fifty four – bristling with every kind of weapons of mass destruction. Two bases are right on the North Korean border and another nearly as close. See full details of each, with map at (1.)

North Korea also has the collective memory of the horror wrought by the US in the three year conflict on a country then with a population of just 9.6 million souls. US General Curtis Lemay in the aftermath stated: “After destroying North Korea’s seventy eight cities and thousands of her villages, and killing countless numbers of her civilians … Over a period of three years or so we killed off – what – twenty percent of the population.”

“It is now believed that the population north of the imposed 38th Parallel lost nearly a third its population of 8 – 9 million people during the 37-month long ‘hot’ war, 1950 – 1953, perhaps an unprecedented percentage of mortality suffered by one nation due to the belligerence of another.” (2)

“We went over there and fought the war and eventually burned down every town in North Korea anyway, some way or another …”, boasted Lemay.

Gen. Douglas MacArthur said during a Congressional hearing in 1951 that he had never seen such devastation.

“I shrink with horror that I cannot express in words … at this continuous slaughter of men in Korea,” MacArthur said. “I have seen, I guess, as much blood and disaster as any living man, and it just curdled my stomach, the last time I was there.” (CNN, 28th July 2017.)
Horrified as he was, he did not mention the incinerated women, children, infants in the same breath.

‘“Practically every U.S. fighter plane that has flown into Korean air carried at least two napalm bombs,” Chemical Officer Townsend wrote in January 1951. About 21,000 gallons of napalm hit Korea every day in 1950. As combat intensified after China’s intervention, that number more than tripled (…) a total of 32,357 tons of napalm fell on Korea, about double that dropped on Japan in 1945. Not only did the allies drop more bombs on Korea than in the Pacific theater during World War II – 635,000 tons, versus 503,000 tons – more of what fell was napalm …’

In the unending history of US warmongering, North Korea is surely the smallest population they had ever attacked until their assault on tiny Grenada in October 1983, population then just 91,000 (compulsory silly name: “Operation Urgent Fury.)

North Korea has been taunted by the US since it lay in ruins after the armistice sixty five years ago, yet as ever, the US Administration paints the vast, self appointed “leader of the free world” as the victim.

“The Korean Peninsula is in a state of crisis not only due to constant US threats towards North Korea, but also due to various provocative actions, such as Washington conducting joint military exercises with Seoul amid tensions, and which Pyongyang considered a threat to its national security.”

This month “massive land, sea and air exercises” involving “tens of thousands of troops” from the US and South Korea began on 21st  of August and continue until 31st.

‘In the past, the practices are believed to have included “decapitation strikes” – trial operations for an attempt to kill Kim Jong-un and his top Generals …’, according to the Guardian (11th August 2017.)

The obligatory stupid name chosen for this dangerous, belligerent, money burning, sabre rattling nonsense is Ulchi-Freedom Guardian. It is an annual occurrence since first initiated back in 1976.

US B-1B bombers flying from Guam recently carried out exercises in South Korea and “practiced attack capabilities by releasing inert weapons at the Pilsung Range.” In a further provocative (and illegal) move, US bombers were again reported to overfly North Korea, another of many such bullying, threatening actions, reportedly eleven just since May this year.
Yet in spite of all, North Korea is the “aggressor.”

“The nuclear warheads of United States of America are stored in some twenty one locations, which include thirteen U.S. states and five European countries … some are on board U.S. submarines. There are some “zombie” nuclear warheads as well, and they are kept in reserve, and as many as 3,000 of these are still awaiting their dismantlement. (The US) also extends its “nuclear umbrella” to such other countries as South Korea, Japan, and Australia.” (worldatlas.com)


Russian Foreign Minister Sergey Lavrov who also attended the ASEAN meeting in Manila, did of course, do what proper diplomats do and talked with his North Korean counterpart Ri Yong-ho. Minister Lavrov’s opinion was summed up by a Fort Russ News observer as:

“The Korean Peninsula is in a state of crisis not only due to constant US threats towards North Korea, but also due to various provocative actions, such as Washington conducting joint military exercises with Seoul amid tensions, and which Pyongyang considered a threat to its national security.”

The “provocative actions” also include the threatening over-flights by US ‘planes flying from Guam. However when North Korea said if this continued they would consider firing missiles in to the ocean near Guam – not as was reported by some hystericals as threatening to bomb Guam – Agent Orange who occasionally pops in to the White House between golf rounds and eating chocolate cake whilst muddling up which country he has dropped fifty nine Tomahawk Cruise missiles on, responded that tiny North Korea will again be: “… met with fire and fury and frankly power, the likes of which the world has never seen before.”

It was barely noticed that North Korea qualified the threat of a shot across the bows by stating pretty reasonably:

(The US) “should immediately stop its reckless military provocation against the State of the DPRK so that the latter would not be forced to make an unavoidable military choice.” (3)

As Cheryl Rofer (see 3) continued, instead of endless threats, US diplomacy could have many routes:

“We could have sent a message to North Korea via the recent Canadian visit to free one of their citizens. We could send a message through the Swedish embassy to North Korea, which often represents US interests. We could arrange some diplomatic action on which China might take the lead. There are many possibilities, any of which might show North Korea that we are willing to back off from practices that scare them if they will consider backing off on some of their actions. That would not include their nuclear program explicitly at this time, but it would leave the way open for later.”

are in fact, twenty four diplomatic missions in all, in North Korea through which the US could request to communicate – or Trump could even behave like a grown up and pick up the telephone.

Siegfried Hecker is the last known American official to inspect North Korea’s nuclear facilities. He says that treating Kim Jong-un as though he is on the verge of attacking the U.S. is both inaccurate and dangerous.

“Some like to depict Kim as being crazy – a madman – and that makes the public believe that the guy is undeterrable. He’s not crazy and he’s not suicidal. And he’s not even unpredictable. The real threat is we’re going to stumble into a nuclear war on the Korean Peninsula.” (5)

Trump made his crass “fire and fury” threat on the eve of the sixty second commemoration of the US nuclear attack on Nagasaki, the nauseating irony seemingly un-noticed by him.
Will some adults pitch up on Capitol Hill before it is too late?

This article was first published by Global Research -

en: 'North Korea Does Not Trust America for a Pretty Good Reason'

en: 'Only Morons Believe What The US Government Says About North Korea'

India, Nepal and Bangladesh are battling some of the worst monsoon rains in recent history, which have left around 1,200 people dead and 41 million people affected. In India more than 32 million people have reportedly been impacted by downpours.
Vast areas of land across all three countries are underwater, according to the Red Cross. “Rainwater from the Himalayas is travelling down through Nepal’s lower-lying areas, through swollen rivers in north-east India and eventually through the floodplains of Bangladesh,” it said in a statement.

A man casts his fishing net in the flood waters next to his partially submerged hut in Morigaon district in the northeastern state of Assam, India August 17, 2017 © Anuwar Hazarika / Reuters

West Bengal is the worst affected area in India, with 152 deaths and 15 million people affected, according to the UN. The country is struggling to deal with heavier-than-usual monsoon rains, with more than 600 deaths caused by downpours.

Floods in Mumbai have prompted locals to open their homes to those stranded, using the hashtag “Rainhost.”

The Mumbai monsoon rains are reported to be the city’s heaviest since 2005.

In Bangladesh 114 people have been killed and nearly 7 million affected.

Women carry children as they make their way through a flooded area in Bogra, Bangladesh, August 20, 2017 © Mohammad Ponir Hossain / Reuters

The heavy rains began in mid-August, with more downpours forecast for the coming days. Video and images uploaded to social media from the Chitwan District in Nepal show flooded roads from mid-August.


As the rains continued into late August the situation grew worse, with 143 people killed in Nepal and nearly half a million displaced. 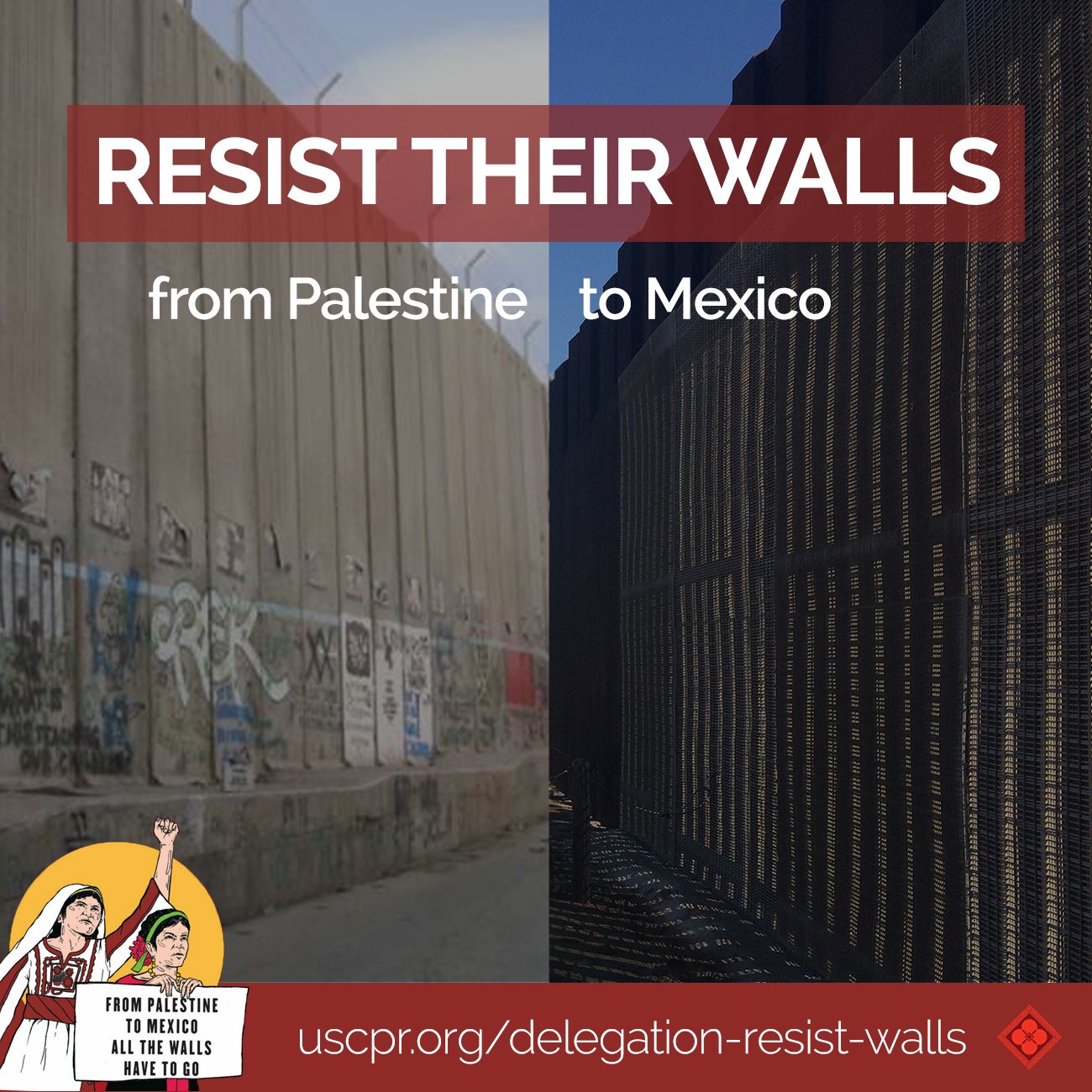