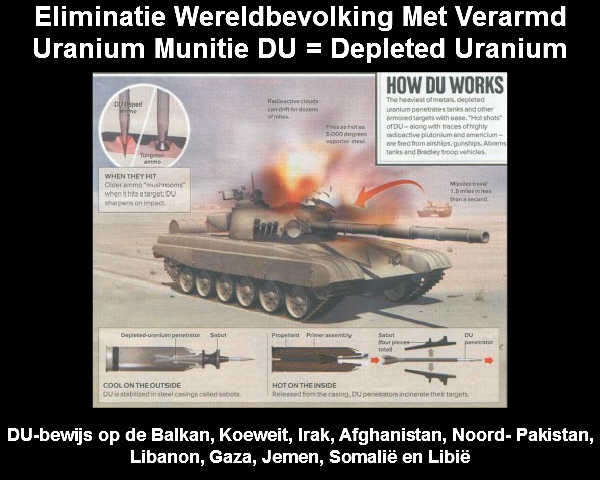 DEPLETED URANIUM AND RADIOACTIVE CONTAMINATION IN IRAQ: AN OVERVIEW 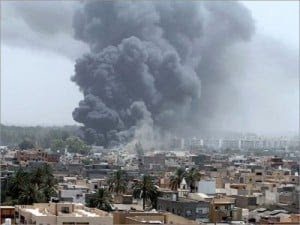 The amount of devastation caused by the Depleted Uranium (DU) weaponry used against Iraq during the consecutive US led wars is historically unprecedented in modern warfare. The devastating magnitude of the complications and damage caused as a result of the use of such radioactive and toxic weapons on the environment and the human population was intensified as a result of the intentional concealment, denial and misleading information released by the Pentagon about the quantities, characteristics, and Iraqi area’s within which these weapons were used.


Information revealed about a severe illness known as the ‘Gulf War Syndrome’ which spread amongst US Army veterans who were exposed to DU while using theseweaponry, helped Iraqi researchers and Medical Doctors to understand the nature of the effect of these weapons, and the means required to investigate further into this issue.

DU is a chemically toxic and radioactive heavy metal produced as waste by the nuclear power industry. It is used in weapons because it is an extremely hard material capable of piercing armor.
The synergistic impact on health due to the 1991post-Gulf War1 economic sanctions, and DU related radioactive and toxic contamination, raised the number of casualties in contaminated areas such as in Southern Iraq.
During 2003, the invading forces used additional rounds of DU in heavily populated areas such as Baghdad, Samawa, Fallujah, Diyala, Najaf, Salahuddin, Basra and Nasiriya (again), and other cities.
The continual use of DU after-Gulf War I in 1991, then during and after the US led military operations in 2003 invasion of Iraq increased the total contamination area with DU in Iraq. Consequently, civilians in previously contaminated areas received an extra dose of radioactivity after 2003. An action that can only be interpreted as committing unseen genocide against the unarmed civilian population in these areas.
Accordingly, hundreds of thousands of Iraqis have received higher doses of radioactivity than those received from standard natural sources of radiation. As a result, a multifold increase of diseases related to Low Level Radiation (LLR) exposure have been registered amongst Iraqis since 1995, including an increase of children’s leukemia, congenital malformations, breast cancer etc…
The leukemia incidence rates for instance, shifted towards younger children during these recent years, and its association with geographically distributed contaminated areas, offers strong evidence of the correlation between LLR exposure, and the resulting health damages.
Through this paper, an overview of major scientific DU conclusions will be presented, drawn from investigations and research conducted since the year 1991 by Iraqi researchers and MDs. This research was never published outside Iraq because of the comprehensive sanctions imposed on Iraq from (1991-2003). They were published only in Iraqi University peer reviewed journals and two related conferences.  Schemes of the research papers can be classified into three categories:
Voor het vervolg, klik op deze link.