(ZHE) — An interactive online fitness tracking map published in November of 2017 which compiles a running history of the location and routes of 27 million fitness-device users has unwittingly revealed the location, staffing, patrol routes and layout of U.S. and foreign military bases around the world.

San Francisco based fitness company Strava posted their “global heatmap” to their website, containing two years worth of fitness data across several fitness devices such as Jawbone and Fitbit. The map is not live, rather, it is a composite of overlapping routes.

In most urban areas such as major cities such as New York, Strava’s map appears as solid neon lights following just about every road on which one might exercise.

Remote locations, however, such as deserts in places like Syria and Iraq are almost entirely dark – aside from clandestine locations where military personnel using fitness trackers are stationed.

Personnel in some of the US government’s most sensitive facilities have been unwittingly been broadcasting sensitive information up to and including underground tunnels. 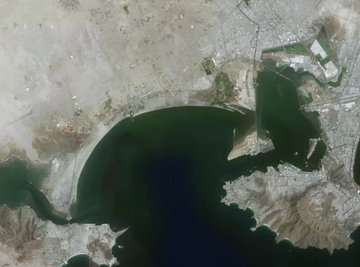 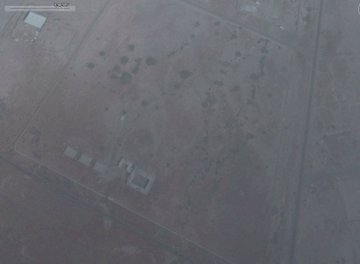 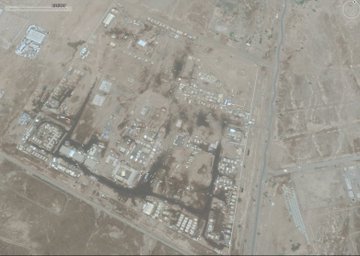 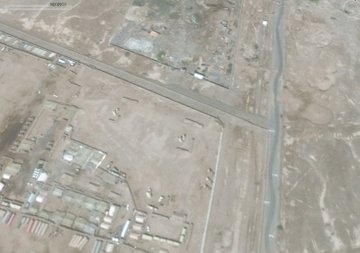 Lost Weapons@LostWeapons
You can literally spend less than a minute on Stravas new data service and find sensitive sites. Nice patriot position you have there


At a site in northern Syria near a dam, where analysts have suspected the U.S. military is building a base, the map shows a small blob of activity accompanied by an intense line along the nearby dam, suggesting that the personnel at the site jog regularly along the dam, Schneider said.

“This is a clear security threat,” he said. “You can see a pattern of life. You can see where a person who lives on a compound runs down a street to exercise. In one of the U.S. bases at Tanf, you can see people running round in circles.” –WaPo

Air Force Col. John Thomas, a spokesman for U.S. Central Command, said Sunday that the U.S. military is looking into the issue. 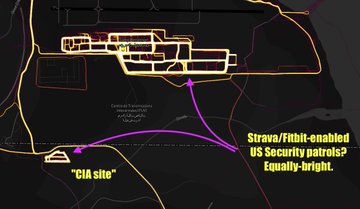 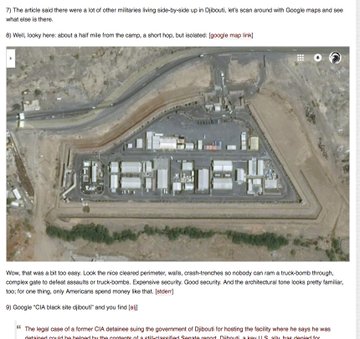 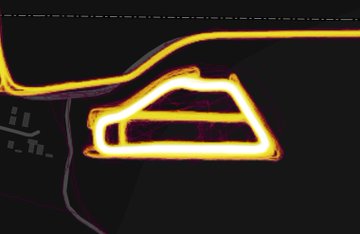 
(more on that one here)

The man who discovered the phenomenon is Nathan Ruser, who is studying international security and the Middle East.

“I wondered, does it show U.S. soldiers?” Ruser said, before zooming in on Syria. “It sort of lit up like a Christmas tree.” 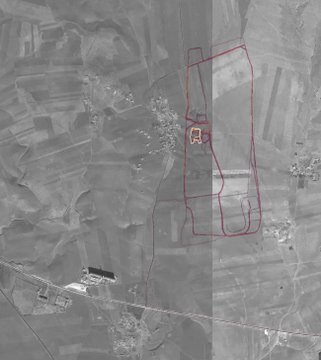 Nathan Ruser@Nrg8000
Strava released their global heatmap. 13 trillion GPS points from their users (turning off data sharing is an option). https://medium.com/strava-engineering/the-global-heatmap-now-6x-hotter-23fc01d301de … … It looks very pretty, but not amazing for Op-Sec. US Bases are clearly identifiable and mappable


Since Nathan’s discovery, dozens of other internet sleuths have taken to Twitter to post their findings. Be sure to click the tweets and check out the replies to see even more: 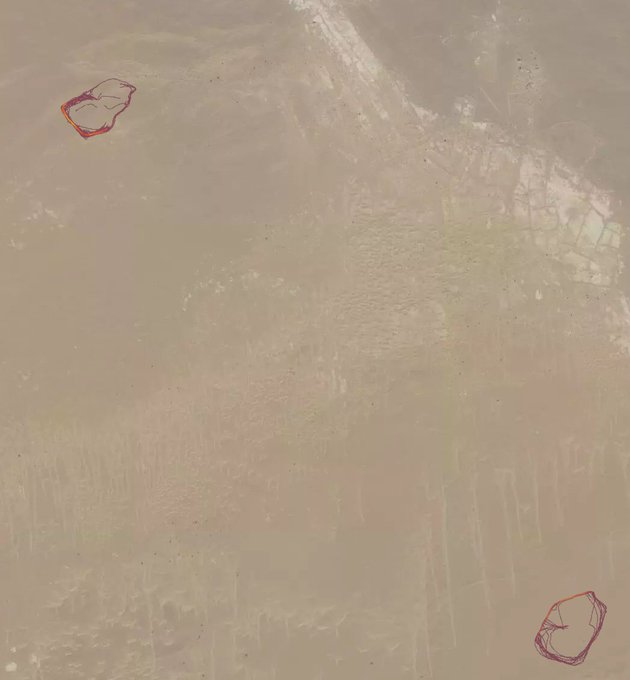 Eliot Higgins
✔@EliotHiggins
Rather interested to see what these two circles of activity are on the Strava map, seemingly in the middle of nowhere, Yemen https://labs.strava.com/heatmap/#14.15/45.06703/15.88812/hot/all … 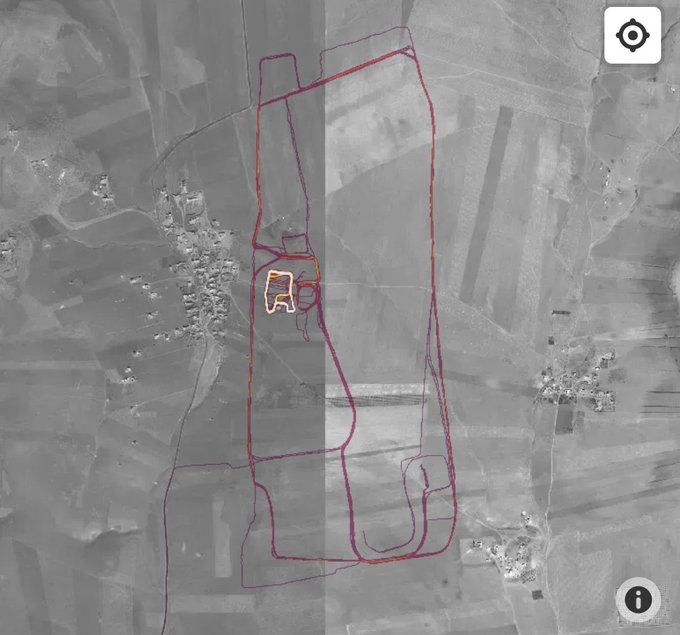 Tobias Schneider
✔@tobiaschneider
Worth browsing a bit. Three positions around the US outpost at Tanf: pic.twitter.com/jS7S4LR2QS 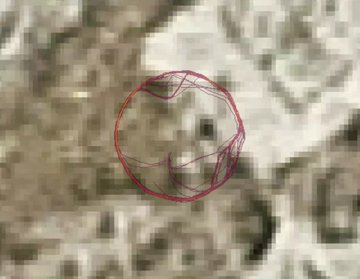 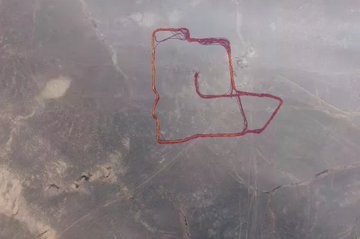 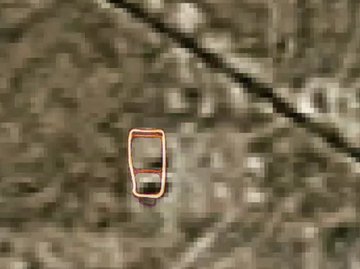 Tobias Schneider
✔@tobiaschneider
So much cool stuff to be done. Outposts around Mosul (or locals who enjoy running in close circles around their houses): pic.twitter.com/wHItJwYUUI 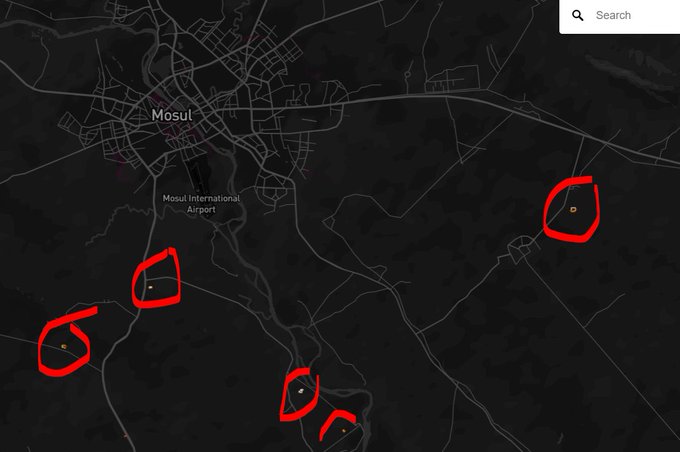 Lost Weapons@LostWeapons
You can literally spend less than a minute on Stravas new data service and find sensitive sites. Nice patriot position you have there pic.twitter.com/eYS8TOuT0F

Lost Weapons@LostWeapons
hmmm i wonder whats at this random heavy route in what looks like a mountainous and remote area of libya. Oh look some bunkers that were targeted in 2011 pic.twitter.com/gg5VFIPVQZ 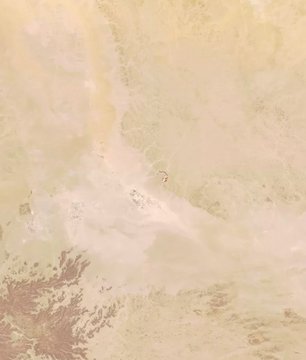 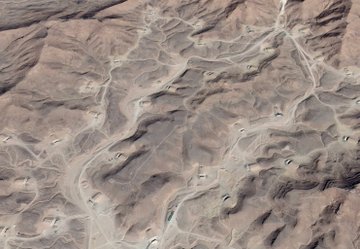 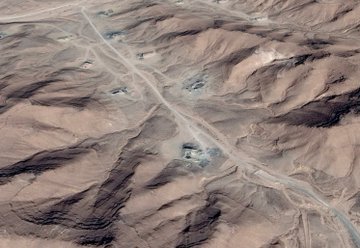 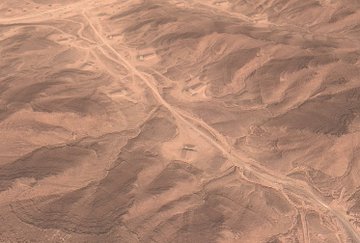 Lost Weapons@LostWeapons
You can literally spend less than a minute on Stravas new data service and find sensitive sites. Nice patriot position you have there pic.twitter.com/eYS8TOuT0F

Strava issued a statement effectively telling users to mark their activities private if they don’t want to broadcast locations:

“Our global heatmap represents an aggregated and anonymized view of over a billion activities uploaded to our platform,” the statement said. “It excludes activities that have been marked as private and user-defined privacy zones. We are committed to helping people better understand our settings to give them control over what they share.”