The Facebook Purge of Independent Media: What You’re Not Being Told

Victims of Facebook’s most recent purge should not forget the connections between the social media giant and the Western Military-Industrial Complex.

(CR) — On Thursday, Facebook announced they were unpublishing, or purging, over 500 pages and 200 accounts who are accused of spreading political spam. Several of these pages and writers were also removed from Twitter on the same day. 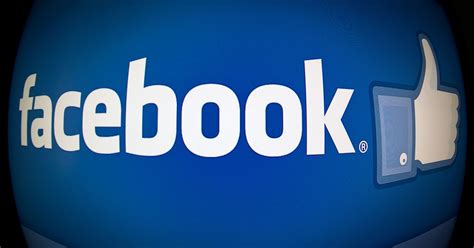 “Today, we’re removing 559 Pages and 251 accounts that have consistently broken our rules against spam and coordinated inauthentic behavior,” Facebook stated in a blog post. Facebook states that the people behind this alleged spam “create networks of Pages using fake accounts or multiple accounts with the same names” and “post the same clickbait posts in dozens of Facebook Groups”.

Essentially, Facebook is accusing these pages of writing articles related to politics and then using the social media platform to…. post the articles in as many places as possible to reach as many people as possible. Hardly dangerous or scary stuff. However, these actions are in violation of Facebook’s Terms of Service. Facebook also accused the pages and accounts of using their fake accounts to generate fake likes and shares which may artificially inflate their reach and mislead people about their popularity. According to Facebook, “This activity goes against what people expect on Facebook, and it violates our policies against spam.”

Facebook also stated that “sensational political content” from across the political spectrum is being used to “build an audience and drive traffic to their websites, earning money for every visitor to the site”. Again, this does not qualify as dangerous or threatening activity. This is a standard practice for most media outlets who are trying to earn revenue to pay writers, editors, social media managers, etc. It is true that some of the pages on this list (see below for a current list) have indeed used clickbait headlines or even posts that are likely untrue. However, the list also includes legitimate independent news outlets such as The Anti Media, The Free Thought Project, Cop Block, and Police the Police, which focused on countering mainstream and establishment narratives related to politics and police.

Facebook’s statement that the pages and accounts were “often indistinguishable from legitimate political debate” begs the question – which pages and accounts are “legitimate political debate”? And by which metric does Facebook decide what counts as legitimate? These questions are yet to be answered. Perhaps with time Facebook will come clean about their process, but in the meantime it’s important to reflect on Facebook’s recent partnership with the Atlantic Council and attempts to stifle the flow of information in the name of fighting “fake news”.

The fight against Fake News started immediately following the election of Donald Trump. In November 2016, Merrimack College associate professor Melissa Zimdars posted a public Google document titled, “False, Misleading, Clickbait-y, and/or Satirical ‘News’ Sources” which went viral after being reported on by most corporate mainstream outlets. This list lumped in some of the same outlets which fell victim to Facebook’s most recent purge with actual fake news websites which are well known among the indie and alt media industry. Within a matter of weeks, a new list appeared online from an organization calling itself PropOrNot, an allegedly independent group of researchers trying to find the truth about the dissemination of Russian propaganda and fake news. This list also contained names of prominent independent media outlets like Anti-Media, The Corbett Report, MintPress News, and many others.

It was this combination of the Zimdars list and the PropOrNot list which had the immediate effect of placing a target on the vast majority of independent journalists and outlets who were now being accused of directly or indirectly conspiring with the Russians. Websites and social media pages for these outlets began suffering a drastic reduction in reach and interaction with their audiences and many websites lost access to Google advertising money due to these false associations.

The problem is that the majority of the mainstream media unquestionably reported on and repeated the claims made by these two lists without any attempt at investigative work. For example, PropOrNot claims they are “completely independent” and “nonpartisan” because they are not funded by anyone and have no formal institutional affiliations or political connections.

They say the must remain anonymous for now because they are a “are civilian Davids taking on a state-backed adversary Goliath”. However, a report by Russian news outlet Sputnik (yes, I am aware many readers will automatically scream, “Fake news!”, but I encourage you to read on.) challenges the alleged unbiased nature of PropOrNot.

Sputnik reports that George Eliason, a Ukraine-based investigative journalist, authored an expose of PropOrNot in which he argued the organization was a “deep-state hitjob on alternative news outlets”.

“So when you’re looking at PropOrNot, it’s just basic investigative techniques. Who are they — that’s the first thing you need to know,” Eliason told Sputnik. “So you look them up on the web and you find nothing. I went to their website and did a basic scan, and the funny thing about PropOrNot is that to get into their website, you need to be logged into the dashboard of The Interpreter magazine.”

So who runs The Interpreter?

Eliason states that “The Interpreter is also overseen by the the Broadcasting Board of Governors, who run Voice of America and half a dozen other US propaganda projects across the globe”.
In addition, “The Interpreter is a product of the Atlantic Council committee, who is basically setting our foreign policy right now in Eastern Europe and Russia,” Eliason stated. “They’re an NGO, they work outside the government, and they work with the Ukrainian diaspora. They actually have a signed contract with the diaspora — you can view them signing it.”

The important takeaway from this report is that only 4 months later, in May 2018, Facebook announced a new partnership with the Atlantic Council – the same think tank tied to PropOrNot – which officially claims to provide a forum for international political, business, and intellectual leaders. Facebook said the partnership is aimed at preventing  the social media tool from “being abused during elections.” The press release promoted Facebook’s efforts to fight fake news by using artificial intelligence, as well as working with outside experts and governments.

Essentially, the Atlantic Council is a think tank which can offer companies or nation states access to military officials, politicians, journalists, diplomats, etc. to help them develop a plan to implement their strategy or vision. These strategies often involve getting NATO governments or industry insiders to make decisions they might not have made without a visit from the Atlantic Council team. This allows individuals or nations to push forth their ideas under the cover of hiring what appears to be a public relations agency but is actually selling access to high-profile individuals with power to affect public policy. Indeed, everyone from George H.W. Bush to Bill Clinton to the family of international agent of disorder Zbigniew Brzezinski have spoken at or attended council events.

The list of financial supporters reads like a who’s-who of think tanks and Non-Governmental Organizations. The Atlantic Council receives funding from the Brookings Institution, Carnegie Endowment, Cato Institute, Council on Foreign Relations, and the Rand Corporation, to name a few. In addition, various members of the Military-Industrial Complex are benefactors of the Atlantic Council, including Huntington Ingalls, the United States’ sole maker of aircraft carriers; Airbus, the plane manufacturer; Lockheed Martin, the shipbuilder and aviation company; and Raytheon, which makes missile systems. All of the companies have contracts with the U.S.
Department of Defense and offer financial support to the Atlantic Council. The Council also receives support from Chevron and the Thomson Reuters Foundation. Finally, the Atlantic Council receives direct financial support from the U.S. Departments of the Air Force, Army, Navy and Energy and from the U.S. Mission to NATO.

Is it possible Facebook is acting under the direction of their partners at the Atlantic Council to suppress anti-war, anti-establishment voices three weeks before the U.S. midterm elections? It is absolutely possible and likely.

This entire ongoing attack of independent media and free thought stemmed from the establishment media’s nonstop coverage of what has become known as fake news. Anyone and everyone who has countered the establishment narrative of endless war, a growing surveillance and police state, and an allegedly growing divide in American politics, has been labeled a Russian bot, accomplice, or useful idiot. One way or another, the message is clear: stand against the establishment and you will be labeled an enemy of the state.

By spreading the fake news meme the elitists behind the American power centers are able to attack  growing independent media icons by painting them as propagators of false Russian propaganda. The media is also using this fake news meme and Russian prop to accuse Trump of being an illegitimate president, further playing into the “Trump is an outsider” narrative. All of this is being done with the goal of keeping the domestic front as divided as possible while selling the brainwashed masses into another war. Coincidentally, all of this non-sense is taking place while the corporate media spreads lies about Syria and Russia.

It’s more important than ever to remain level headed and use critical thinking. It’s never been more important to follow the pages that were purged directly from their websites. See the full list below and decide which outlets you want to continue to support in the information war.

'The US military’s vision for state censorship'